A pregnant mother in Abuja faces criminal charges for a vicious early morning attack on her 16-year-old house help, who she attacked with steaming water, severely injuring the girl for waking late.

Police said Mrs. Egbukole, 36, would be charged after investigations are concluded.

Mrs. Egbukole is being investigated for child abuse and trafficking offences by the Police, National Human Rights
Commission and National Agency for the Prohibition of Trafficking in Persons, NAPTIP.

The mother of one said she attacked Hope because she failed to wake up early. She had earlier denied responsibility for the assault.

According to the Deputy Director, Protection and Investigations, National Human Rights Commission, Lambert Oparah, Mrs. Egbukole later admitted the attack, but claimed it was an accident, and that Hope was immediately taken for medical treatment.

Mr. Oparah however noted that the medication given to Hope was faulty.

“She was taken to a chemist, they put plasters around her breast which was not quite good,” he said.

Neighbours at Minta 1 Estate, Lokogoma, Abuja, where the family lives, said Mrs. Egbukole had been a notorious child abuser, who repeatedly attacked Hope with dangerous objects including rods.

The latest attack happened on March 3, they said.

Testimonies of a neighbour

One of the neighbours who reported the matter to the National Human Rights Commission and the National Agency for the prohibition of Trafficking in Persons told PREMIUM TIMES that she took the decision after seeing the serious injury inflicted on Hope’s breast. 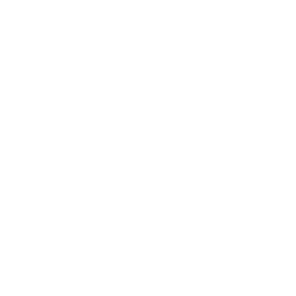 The neighbour told PREMIUM TIMES that she was startled by Hope’s screaming on March 3 morning, when the girl ran out from her home.

“She ran out of the house and came to my side,” the neighbour said. “Mrs. Egbukole was still trying to flog her with a mop stick.”

The neighbour said she followed similar treatments by Mrs. Egbukole on Hope for the two years the girl lived with Egbukoles.

The neighbour said at first she thought Hope was attacked with pepper or cold water as in the past.

“I thought it was just water and pepper, or something, until the girl screamed back again in my room and I shouted, ‘What!’ the breast has pilled already.

“So I shouted and said ‘Come you did this thing to this girl and you still want to flog her again?

“I will report you to the police and NAPTIP; at that point she started begging and immediately she started telling lies,” the neighbour said.

Mrs. Egbukole claimed Hope poured herself water, according to a neighbour.

But the woman had a history of abusing the girl, the neighbour said, citing how Mrs. Egbukole a day earlier had hit Hope with a curtain rail, injuring her in the head.

He quoted Mrs. Egbukole, who refused to speak to PREMIUM TIMES, as saying that the girl was handed to her by a pastor who usually supplied girls from Nasarawa State to Abuja residents seeking house helps.

“She said she does not know the girl’s parents,” Mr. Oparah said.

According to Mr. Oparah, the commission immediately reported the matter to the Commissioner of Police, Abuja, who directed further investigations on the matter.

He said the investigation revealed that Mrs. Egbukole will most likely be charged for abuse of the Child Rights’ Act, 2003.

“The Child Rights’ Act clearly states the responsibility of parents or wards, as well as government or other agencies involved; regarding the dignity of the child, as well as the child’s right to
adequate health and health services, which have both been abused in this case,” he said.

PREMIUM TIMES reached Mrs. Egbukole and her husband but they refused to speak about the matter.

The police said the duo had been at the FCT police command for interrogation and would be required to return intermittently till the end of the investigation.

The Abuja police spokesperson, Manzah Adjuguri, said Mrs. Egbukole told the police that the pastor who allegedly brought Hope from Nasarawa was her uncle.

He said the police were yet to contact the girl’s parents. He however assured the matter will be charged after investigation.

“It is a matter of concern to the command based on the rate of injuries that has been sustained by the girl. And for us, here at the command, justice must take its full course,” he stated.

Mr. Adjuri said the command was still in touch with Hope and following her recovery at NAPTIP’s shelter.

The spokesperson of NAPTIP, Joshua Emerole, said Hope would remain under the agency’s care until the end of the investigation.

According to Mr. Emerole, Mrs. Egbukole will face other charges including the violation of the Violence Against Persons Prohibition Act, 2015.