A sinister plot by Islamist elements in the Muhammadu Buhari regime to clamp down on leading Christian leaders has come to light following a leak at the highest level of Aso Rock.

According to our reliable source who spoke with The Trent, a Christian cleric with links in the Buhari regime, there is a plan within the security circles in the country to plant arms and ammunition in properties belonging two top Christian clerics in Nigeria after which they would be arrested and accused of sponsoring terrorism.

Bishop David Oyedepo of Living Faith Church based in Ota, Ogun State and those of Apostle Johnson Suleman of Omega Fire Ministries based in Auchi, Edo State are said to be the two clerics which the junta within the Buhari regime plan to target, our source revealed.

The two Christian leaders, for several years, have been vocal against the Islamisation plot of the Jihadist in Nigeria. Videos of Bishop Oyedepo leading his congregation at Canaanland in prayers against Islamist and terrorists have gone viral in recent months.

Also, Apostle Suleman’s fiery messages against fundamentalist elements in government like Nasir El Rufai, the governor of Kaduna State, and Fulani herdsmen have also attracted the attention of the security agencies under the command of President Muhammadu Buhari.

In January 2017, an attempt to abduct Apostle Suleman in the middle of the night by the country’s secret police, the State Security Services, SSS, also known as DSS, was foiled by Governor Ayodele Fayose. The minister was in Ado Ekiti that day for a Christian programme. 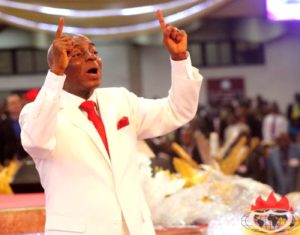 “Some of the leaders would be attacked in various ways – accidents, poisoning, and set up for arrest for corruption and alleged sponsoring of terrorism,” the top government source told our reporter on condition of anonymity. “The aim of the whole operation is to target the shepherds so that the sheep can scatter.”

Solomon Asemota, a senior advocate of Nigeria and chairman of the Christian Elders Forum, has been targeted by the Islamist junta, our investigations revealed. The reason is simply that he has been mobilising Christian elders in the country and exposing the workings of the extremists in the Buhari regime.

“The Christian Elders Forum statement exposing the federal government’s Islamic Sukkuk bond as a stealthy way of Islamising the country angered the fundamentalists in the government,” the source said.

“I can confirm to you that Asemota is under scrutiny and there is a definite intention to move against him and mess him up badly because of the work he has been doing in exposing the Islamisation agenda of the Buhari government,” our source disclosed further. “What that means, I do not know, but that is the plot.”

“The entire plot is based on fear that these Christian leaders have the capacity to mobilise Christians against the Buhari regime. 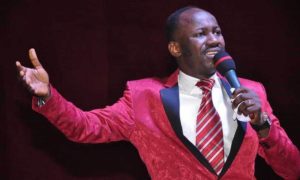 “Once Christians are talking about these plots, they become weakened and they [the junta] begin to proceed with caution. This is one reason they are going after the vocal leaders who will speak against their plans.

“This is about 2019 and beyond,” the source maintain. “They know Buhari has performed woefully and they want to silence any opposition he may face in seeking a second term.”

Our reporters have spoken to several leaders in the Christian community who confirm that the leaders who have been targeted are aware of these nefarious plans against them and others.

“There’s alarm in the Christian community in Nigeria right now,” a top cleric told The Trent on Tuesday, September 26, 2017. “People are talking about the move by radical elements in the Buhari government to seize this country and turn it away from a secular state to an Islamic Republic. But they will not succeed.”

We are reliably informed that the leaders of the Christian Association of Nigeria, CAN, the umbrella body for Christian in the country, have been informed of these plots and they are consulting with the Bishop Oyedepo, Apostle Suleman and other Christian leaders who have been marked by the Buhari regime.