…AS ELECTED NYANYA COUNCILOR, OTHERS SUPPORT HIM

Ahead of the December 25 Christmas celebration, the Abuja Municipal Area Council (AMAC) supervisory counselor for health, Hon Oluohu Gabriel Bravo on Saturday feted party stakeholders and supporters with gifts of a cow, wrappers and cash at Nyanya Ward a suburb in the Federal Capital Territory (FCT) Abuja.

The bulldozer, as Hon. Bravo is commonly called by his teeming supporters was supported during the distribution of the Christmas largesse by top officials of AMAC including, the elected councilor for Nyanya Ward, Hon Tahir Khadiri, special adviser on political matters to the AMAC chairman, Hon Yakubu Francis and the senior special assistant to the AMAC chairman on project supervisor, Hajiya Hajara.

The event which witnessed large turnout has in attendance party Ward chieftains and stakeholders including women and youth leaders and numerous supporters.

Speaking at the event, Hon Bravo, who thanked the supporters for their unflinching support, said the Christmas gifts are for the party supporters and assured that the members of excos are not to benefit from not the gifts.

He said, “Whatever we are donating here today, our party Ward excos will not partake in it. Be rest assured that the excos have decided before now that, whatever gift will be distributed here they will not share in it. 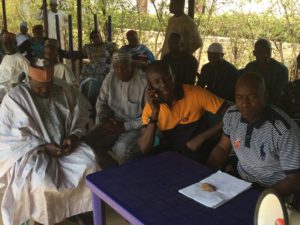 “I have made some pieces of wrappers available and I want our women leaders to share specifically to vulnerable women in our ward, who need them the most. Also in the spirit of the season, there is a cow here for you our dear supporters. I have made all the arrangements for the butchering. Please accept it, we hope that next time we will be able to increase it to two.”

Earlier in his remarks, the SA political, Mr Yakubu, while outlining the various projects of the AMAC administration under the able leadership of its conceptual chairman, Comrade Adamu Abdullahi Candido, said Nyanya Ward constituents has benefited in both appointments and projects.

He also urged supporters to be patient with the current AMAC leadership assuring that more goodies are coming to Nyanya.

He also urged stakeholders to continue to support the PMB-led All Progressives Congress administration, stressing that the current fuel scarcity being experienced is the handiwork of members of the opposition Peoples Democratic Party (PDP), who is said own most of the filling stations.

Yakubu, however assured that with the cheering news coming from the presidency and the National Assembly, the fuel scarcity issue is being tackled.

Hon Musa Dala, who recently defected from the PDP to the ruling APC along with other party stalwarts, in his remarks, said the party must not rest on its oars, but continue to strategize to form a formidable force to defeat the opposition in coming elections.

He said “Let’s us go back to the drawing board and make sure the 22 wards in AMAC deliver in the coming election.” 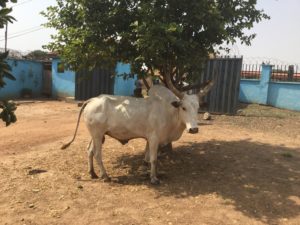