Skip to content
You are here
Home > NEWS > GES Scheme: We’re Not Probing Former Agric Minister, Adesina – OGBE
The minister of agriculture and rural development, Chief Audu Ogbe, on Tuesday, said the Federal Government would not probe the Growth Enhancement Scheme (GES), under former Minister of Agriculture, Dr. Akinwumi Adesina, as he refuted earlier media report.
Ogbe stated this during his maiden media briefing at the ministry’s conference room, where he disclosed to journalists of continuing with the GES scheme but would expand it for more efficiency and effectiveness.
He said: “We are not probing the former Minister of Agriculture and Rural Development, Dr. Akinwumi Adesina as some dailies reported rather we are making verification of payment issues raised by agro-dealers who supplied agro-allied products under the scheme before paying them. 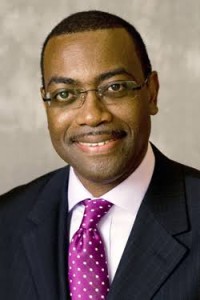 “We never said we want to probe him (Adesina) but verification will continue for payment issues.
“We are proud of his work and achievement in the sector, and we don’t intend to engage in policy somersault, and we support him at the African Development Bank.”
However, the Minister presented a variety of wheat developed in the country by two leading research institutes, the International Institute of Tropical Agriculture, IITA, and Lake Chad Research Institute, LCRI.
“The wheat variety was developed in partnership between the Lake Chad Research Institute and International Institute of Tropical Agriculture, IITA. Our wheat was not up to international standard and was not accepted by millers.
“Today, Nigerian wheat is acceptable to milers, and we are expecting 350, 000 tonnes of wheat from this harvest season within four months of farming.
“We are proud of it, and soon Nigeria will become self-sufficient in wheat production and consumption. This is economic independence. The country used to spend $4milion on wheat importation and we cannot afford it again.
“We want to also declare that agriculture will no longer be a rainy season event because it will not be enough for our population as a country, which there are projections that Nigeria will become the third largest nation in the world by 2050.
“We need to grow more food and more work in irrigation, which the North-West is leading in this regard. We have to increase food production in 100 fold. We also have demand of food from Libya, Sudan, and other African countries and we cannot close our borders. We are to grow more food for export, and in the near future we will be talking about agro-dollar and not petrodollar.
Meanwhile, the minister lamented the incessant clash between herdsmen and farmers, which currently is ravishing parts of Benue State, where over 400 people have been killed in the crisis.
The minister said the issue will be taken to President Muhammadu Buhari for lasting solution.
“On the clash between the herdsmen and farmers is of great concern to us and is worrisome as farmers are being killed on their farmers. We cannot also point out whether these are real herdsmen or they are terrorists. We will meet Mr. President on the issue.”
“Our cows are the least productive in the world due to the rigor of taking them about by herdsmen as they migrate from one state to the other. Some of them produce 1 litre of milk per day.
“We are going to produce special grasses for the grazing of the cows in particularly areas that will not warrant the Fulani herdsmen to me moving with their cows, and also educate their children there.
The minister urged youth and to delve into the agric sector as mechanisation has been the focus of the government in that direction and not as tedious and dirty they think it to be.
“We are concluding plans to establish agro-industrial parks for the youth and soon it will be implemented. We also encourage people in all profession to engage in agriculture because that will financially sustain them and also food for the family.
“Such as be farming, cashew, rearing cattle, and even planting of ogbonu trees, which the seed is presently on high demand in the United States of America.”
The minister also cautioned Nigerians over the consumption of imported poultry products, and urged them to stop it as he explained that the poultry products smuggled via the land borders, particularly Seme border was deadly and dangerous to human health, which formalin chemical meant for the preservation and embalmment of dead bodies and specimen were also used to preserve the products.
He also urged the Nigerian Customs Service to step up surveillance at the borders and promised to help the poultry industry to be more productive.
He maintained that Nigeria cannot continue importing food to the tune of $20 billion, rather to key into the sector and produce more food.
“We need to grow more food and more work in irrigation, which the North-West is leading in this regard. We have to increase food production in 100 fold.”
Please follow and like us: