It was a roll call of who is who at the weekend as Ayi Yala (Yala nation) of Cross River State resident in Abuja, the Federal Capital Territory (FCT), rolled out the drums to celebrate one of their best, Clement Ogbeche, recently promoted to the position of Air Vice Marshal.

The human and vehicular traffic in and out of the undulating Guzape District showed the class of the ceremony held at the upscale Myra Events Centre.

The Chief of Air Staff, Air Marshal Sadiq Abubakar, represented by AVM Charles Oghomwen, led a large delegation of top military officers to honour one of their own. 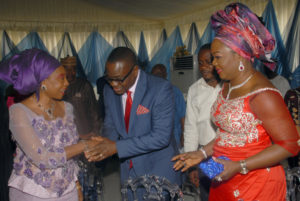 The organisers of the reception sounded it clearly that Ogbeche was not just being celebrated because of his recent promotion, but also because Yala people decided to honour him for what they called deep sense of community service, philanthropy, kindness and humility.

Senator Rose Oko, who was central to the event, in her opening remarks, said that Ogbeche was worth celebrating as the first person from Yala and, indeed, Cross River North Senatorial District to attain the position of AVM.

“Clement is a silent philanthropist and church worker, extending his milk of kindness to the community, the church and indigent children,” she said.

Aside from raising funds for the construction of St. Peter’s Catholic Church in Ugaga, Yala, his community, providing a borehole for his people, Oko said that the celebrant initiated the idea of Yala Education Endowment Fund for indigent boys and girls, which the Yala Progressive Union graciously adopted. 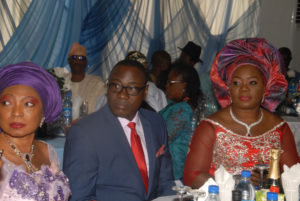 Imoke could not agree less. He said, “We are celebrating him more because of his person than his recent promotion. He has great passion for his people and indeed Nigeria. I had earlier complained that we hardly celebrate our own. Yala has blazed the trail, so I urge other local government areas in the state to emulate them. Let’s begin to celebrate our own.”

The former governor and Agabi noted that this was a trying period for people in public service, where those serving were despised and put under pressure. They, therefore, called for prayers for those in positions of authority beginning with Ogbeche.

Air Chief Abubakar, who was represented by Oghomwen, said the Nigerian Air Force was proud of Ogbeche. He described the Air Force brass as an intelligent officer that many looked up to.

He pointed out that the celebrant took time to develop himself in the accounting field, hence he is today the Chief of Accounts & Budget of the NAF, a position he held in acting capacity even before his latest promotion.

“The Yala nation indeed has a product, they should be proud of,” Abubakar said. 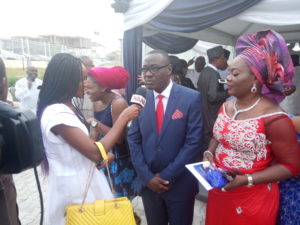 Similarly, Agabi described the celebrant as the Cross Riverian of his dreams, who would go out and conquer the world, looking beyond his local government and state. He added that the ceremony indicated that “there is still merit in this country.”

Still extolling the attributes of Cross River indigenes, Eyo-Ita said that they believe in hard work: “because God is there for us. We are proud of you for attaining this height even with the inherent politics in the military world over.”

The first two-star general from Yala, Rear Admiral Ogbor prayed for God to give his brother officer the strength, wisdom and eye for details to carry on with the responsibilities of his new office.

He decried the falling standard of education in Cross River State, and challenged Mary Knoll College, Okuku, Ogoja, which produced cadets from Yala for the Nigerian Defence Academy in the 1970s and early 1980s, to rise to the occasion once again.

In his remarks, Ogbeche said he lacked words to thank the organisers of the ceremon. 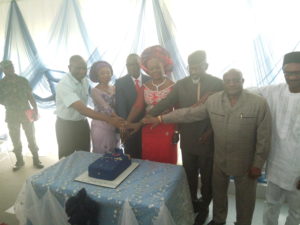 “What we are doing here today is what the Yala man will call ‘ihi,’ that is, beauty, and I think love is beauty.”

He attributed his success so far in life to God and wise counsel from his now late father as well as former Chief of Air Staff, Air Marshal Oluseyi Petirin (rtd).

To him, Petirin had remained his role model, having told him that if he failed to make his mark today, a fool would do it for him tomorrow.

He canvassed for networking and mentoring in all spheres of life as standards have continued to decline.

He said, “Today, there is high level of degradation in the society. People don’t want the naira devalued, yet, as individuals, they are devalued.”

The citation on the celebrant said, as a member of Course 34 of the National Institute for Policy and Strategic Studies, Kuru, in 2012, Ogbeche’s research work, “Money Laundering and Terrorism in Nigeria: Economic Implications,” was adjudged one of the best.

It further said that he initiated what is today the Air Force Micro Finance Bank, worth over N3 billion, having started as a cooperative society in 2004.

The occasion was electrified by the Wohi dance performed by Ayi Yala in Abuja and Isharuwa International Dancers of Plateau State, who thrilled the guests to no end. 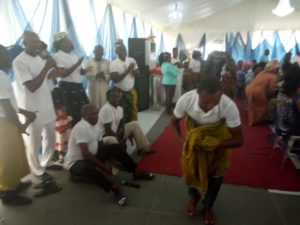 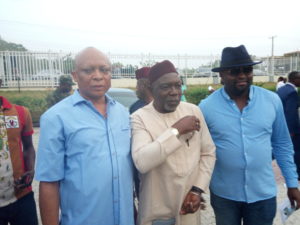