Skip to content
You are here
Home > NEWS > UN Expert Wants Special Laws To Deal With Separatism, Extremism
A security expert and human rights lawyer working for the United Nations David Falt has called for a special international law to deal with issues of separatism, extremism and terrorism
Speaking at a one day siminar organised by international human rights group, Global Amnesty  Watch, Falt, a British said that there are no laws  in dealing with separatism, extremism and terrorism in international law because those laws didn’t envisage the current situation.
He said International conventions are meant to address conflicts between nations and not between state actors and dissident elements within the society.
In an address, the Chief Of Army Staff  (COAS), Lt Gen TY Buratai, represented by the Director of Army Public Relations, Brig Gen. SK Usman said the Nigerian Army as a show of commitment to respect of human rights in its operations has set up a human rights desk to investigate allegations of human rights abuses by its personnel.
He said the Nigerian Army made history by opening its doors and some it’s facilities to amnesty international and other stakeholders in human rights issue to
He also said the Nigerian Army under the leadership of Gen Buratai has carried out field marshal of officers accused of human rights abuses.
He said the army has always carried out investigation of complaints by civilian population against its officers and has not shielded those found culpable. 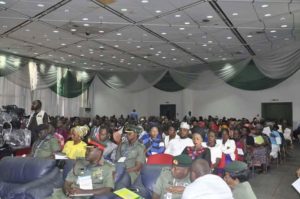 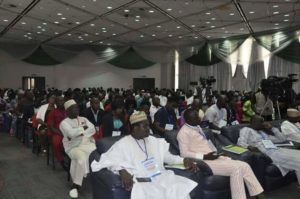 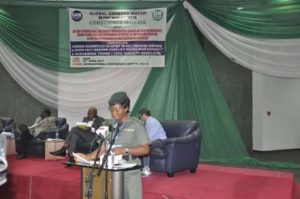